The presence of people, choice of background colors and even product angling all contribute to the effectiveness of your Facebook ads, according to our latest research.

Skillz Middle East makes Digital Transformation happening for your company. We focus on the quick win to ensure Digital Marketing, e-learning, Web Meeting, Web Conferencing, Digital Signature, Digital Asset Management are ready to enhance your organization. Digital Marketing shall save money and bring a more efficient conversion for your brand and products.

We analyzed over 1,700 Facebook ads used by advertisers from across Europe, the US, Australia and Asia via Adobe Media Optimizer. This covered a two month period (September and October 2012) and included a range of industries such as finance, publishing, travel, education, real estate, technology and sport. For each image, we looked at impressions and CTR, along with demographic data relating to the person who clicked in the image (such as their gender, age and location).

As a result, we were able to identify some key factors to consider when selecting the images to use in your Facebook ads that could increase your CTR (Click-through rate)

Did you know that having people in your images, especially women, could result in twice as many clicks, compared to an image featuring a man? In terms of background imagery, uniform (such as a solid color) is the way to go– but beware, the color you choose is just as important with purple and yellow getting the most clicks. We also found that the angle and framing of the image make all the difference, with close-ups of products and people proven to drive the highest CTR.

The research even showed the older you are the more you’ll click! People 51-60 are 2.5 times more likely to click on ads targeted to them, compared to teens.

Take a look at the infographic below for some more of our findings and visit the website to learn more about Adobe Media Optimizer. 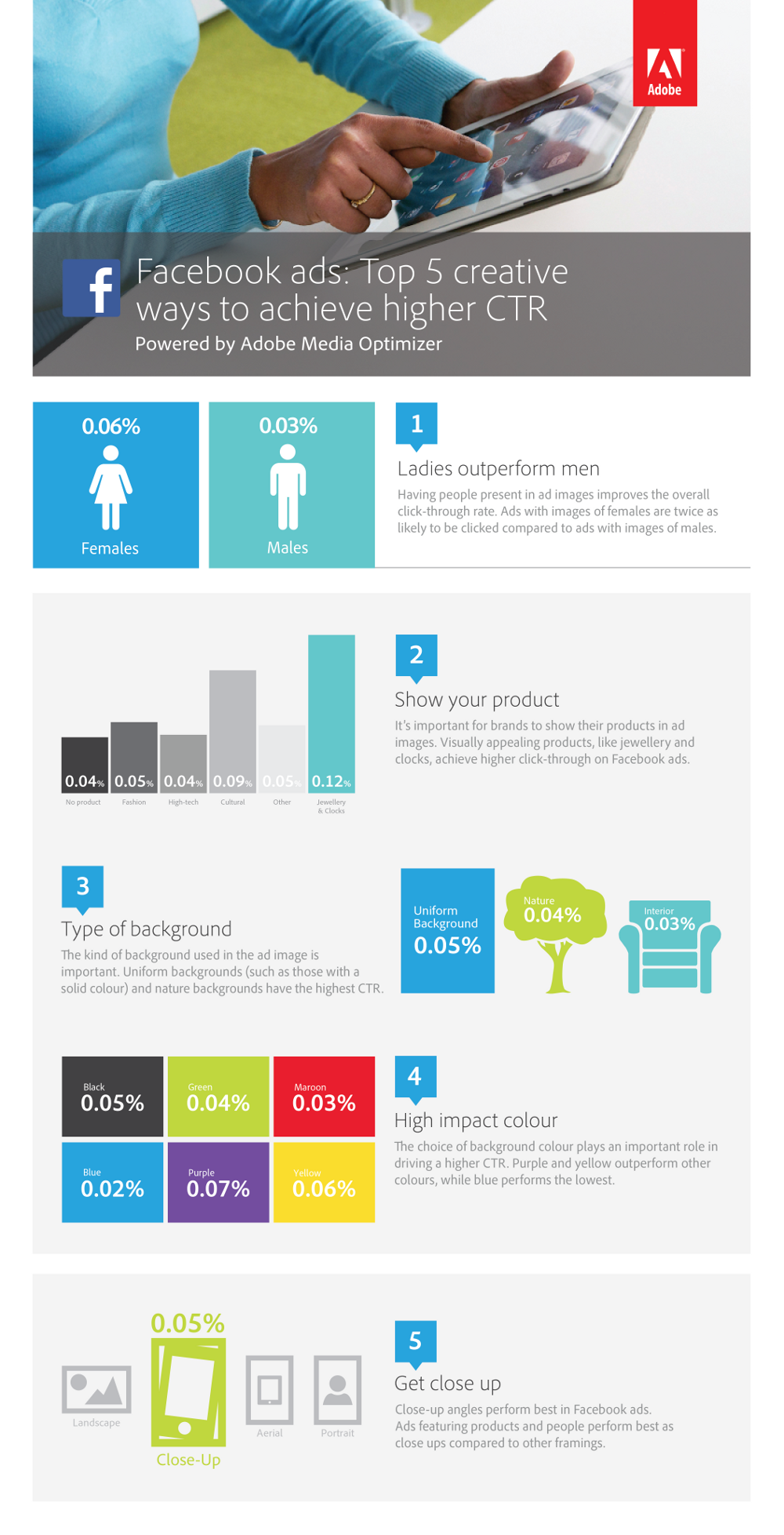